Age is just a number in light painting. I have taught in light painting workshops for old people, some of them have been over 100-years-old. But it’s not so easy to teach someone with a memory disease or difficulties to move. Some of them might ask every five minutes where they are and when they will get food. Someone might sleep the whole light painting session…

In the beginning, about eight years ago I had difficulties because old people thought that light painting is only for kids. But one time I first showed them some light paintings from Pablo Picasso and this turned light painting to real art.

Many times the moves are very little as old people sit on their chair. Sometimes I use a stencil so they have to wave the light only once. The stencil might have a shape of a pet so when they see the picture they many times start to tell memories about their childhood and their pets. I have a little projector connected to my DSLR so the photo is projected on the wall immediately after the light painting. Sometimes I project the photo on a table just in front of them so they can touch the light trails (and also see the light trails on their hands).

There’s some very good equipment to use in old peoples’ workshops: wheelchairs and walkers. If you stick lights to the wheelchair’s wheel the light painted result is a spirograph. The walkers are better for attaching light sabers on it because the wheels are so small. 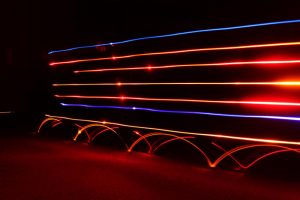 Walker on the move. Light stripes and spirograph at the same time. 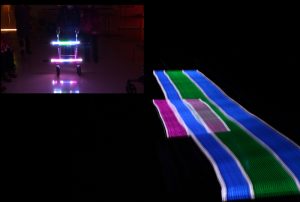 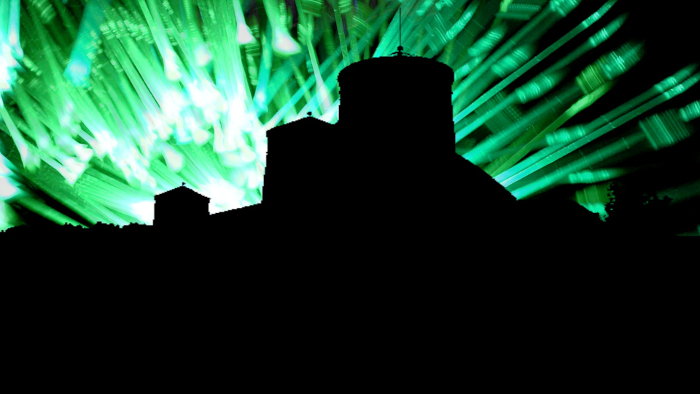 Once I had a real-time light painting workshop for old people. I used Light Paint Live Mercury software and added silhouettes from famous buildings in Finland. The idea was to light paint northern lights behind and above the buildings. First, it was just a black picture but little by little the northern lights appeared and the participants started to guess what building it was. Good practice for people with memory disease and they really liked this new form of art. The northern lights were juice straws taped to keyring LEDs.

Pixelstick lace behind one participant

The new idea has been light painting with Pixelstick. The first try was to light paint lace pattern behind an old woman who sits in a wheelchair. Everyone was amazed of that photo but unfortunately, we didn’t have more time to try other ideas. Next thing will be to light paint photos from their childhood around them. I wish this opens some gates in their memory. 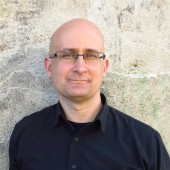 Jukka Laine is a light painting artist in Helsinki, Finland. He is also a founder of the Valopaja Light Art Collective. Jukka is organizing light art workshops for kids and special groups like mentally disabled and blind people. He has been co-operating with international art therapists and some of his working methods were published in Digital Art Therapy book. 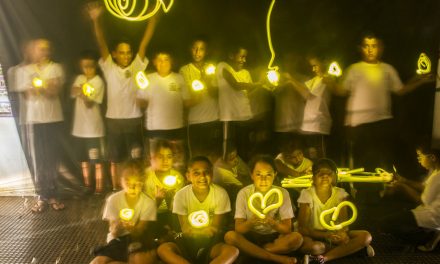 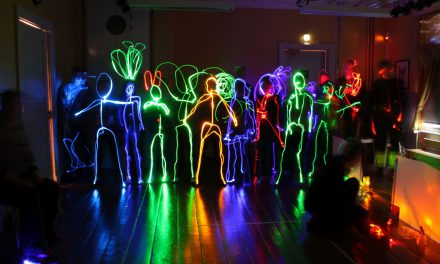 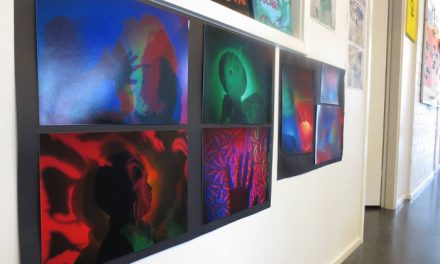 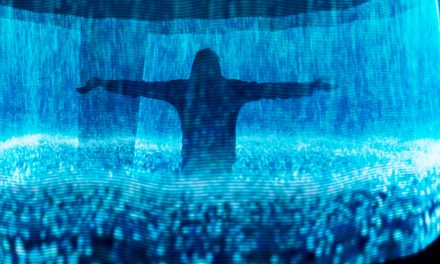