Please tell us a bit about yourself, name, where do you come from, profession, background, etc.

I am Sasa Lightpainting, I am a Spanish-Mexican light painter and I have lived in Spain for more than 14 years. I’m a teacher at a public institute, I dedicate to teaching. My interest in photography arose when I was a child and I started taking my first steps with an analogue camera. Later, already in Spain, I bought my first digital camera and it was when I came across Light Painting. Since then I decided to make Light Painting my passion and part of my life.

Ramsés a Mexican light painter, with studies in graphic design and photography. He has been professionally engaged in photography for several years, social photography and, lately, Light Painting workshops in Mexico. He is also the CEO of the tool shop for light painting called Laboratorio Light Painters Materials.

How and when did you come up with the idea of a Light Art magazine? How did it start?

The idea is an original idea of Ramses. One day, while talking on Facebook chat, Ramsés told me about the idea of creating a magazine specializing in Light Painting and I loved the idea. We were talking about the structure that would have and what we would do each of us. Originally the idea was to create a magazine called Light Painting Mexico, but after talking with several light painters, they suggested We do something more global. I discussed it with Ramses and decided to change the name and include the English version. All this within 15 days of launching the first issue. It was crazy! We had to search for translators desperately, I launched a call for help in a WhatsApp group in which we are about 20 Spanish light painters and immediately Iris Cebrian (Shyroii) replied offering selflessly to take over the English translation. 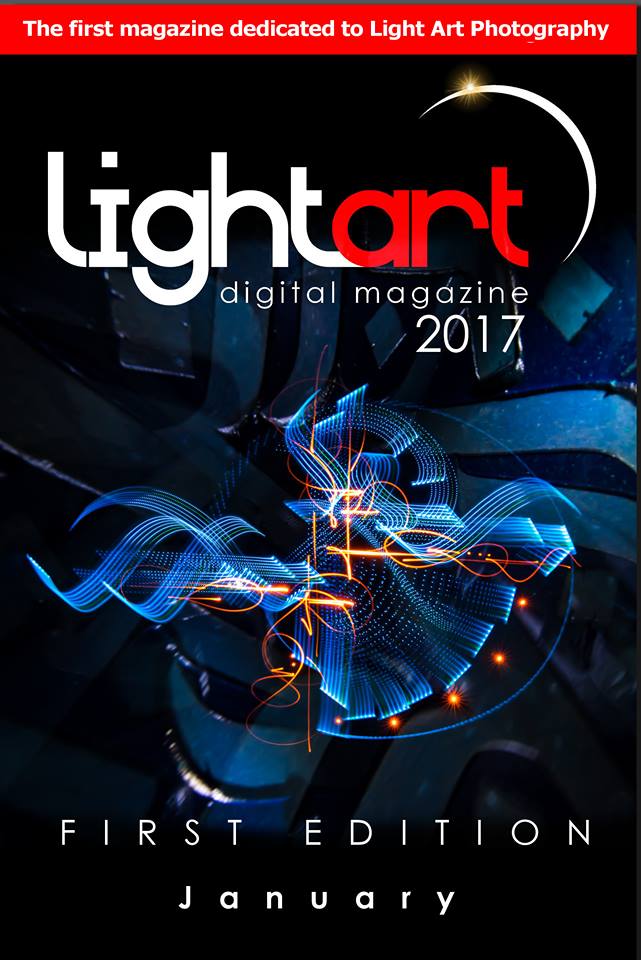 How long did it take you from planning to publish the first issue?

Hehehe, the first number was complete madness. Ramsés told me the idea at the end of November 2016. We were so enthusiastic about the idea that we decided to publish the first issue in January 2017. We had two months from the birth of the idea, name search, logo design, content definition, search for authors, translation and layout. Although the time was short, I must say that the idea was very well received by the authors of that first issue and that everyone made it as easy as possible. Especially Sam Mass, whom I met at the Congress Light Art City of Oviedo that summer and to whom I asked him to make the first cover. Sam agreed happily and made two photographs just for the magazine. We are very grateful to all the light painters who supported us in that first issue when the magazine did not exist. They gave us a vote of confidence and supported us with articles and photographs. Thank you so much guys!!!

Who is involved in this magazine, who is the crew and what are their roles? You live in different countries, how do you organize this?

The magazine has a very small team. There is Ramsés, who, being the creator of the idea, is the General Director, he is in charge of the layout of the magazine and the banners, mainly. There is Iris, who together with Víctor, take care of part of the translations into Spanish and English. We have another partner named Victor, who is in charge of giving us a hand with computer issues. Chanette Manso has recently joined the team and will have a section in which she will tell us about her experiences in the Light Painting events and events around the world. I am the editor and I take care of the rest: content proposal, contact artists, manage articles and photographs, translate articles, write editorials, etc. Regarding the definition of content, I define them, I make a proposal to Ramses and between the two of us we decide or he just gives me his Ok.

Ramsés lives in Mexico and the rest of the team in Spain (except Chanette Manso who lives in France) and the way to communicate is through information and communication technologies: chats, Facebook, WhatsApp, Skype, telephone … It’s funny, but Ramses and I do not know each other personally, we’ve only talked through technology and to be able to do this,  is fantastic!

How easy is to get material and info from so many different people/artists? What are the challenges in general of such a publication?

What was the response of the light painting community? Do you have any numbers of how many people are downloading the magazine?

The response of the community to the appearance of the magazine has been very good. We have downloads (which reach 20,000) in the five continents of the world, mainly in Europe and America. However, despite the good comments we received when we published each of the numbers, we received little feedback in general, even from some artists who see their photograph or article published. We have to improve in this regard. 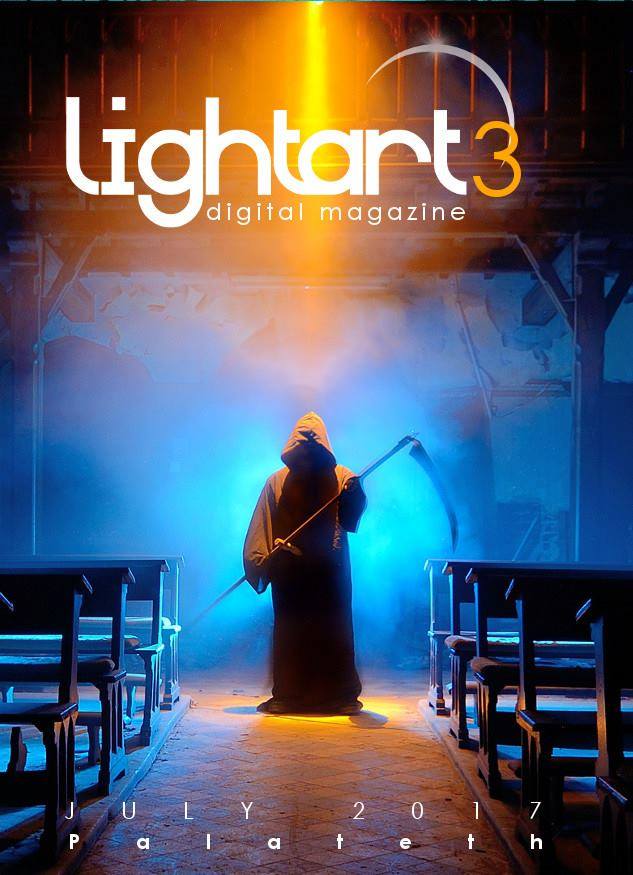 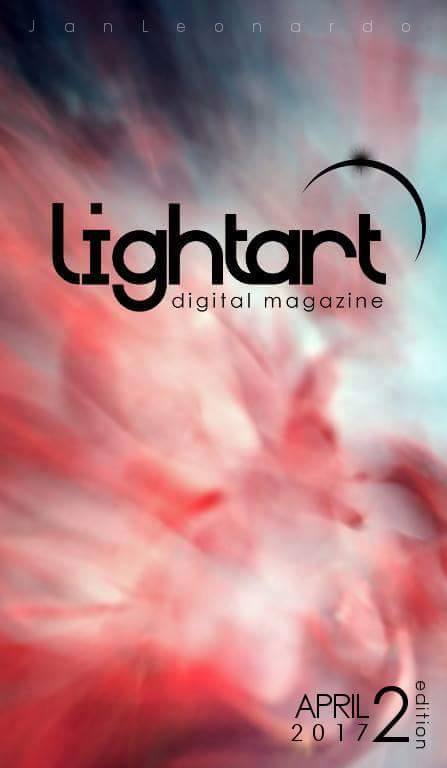 What are you aiming for in this magazine? What are your goals? Preparing and publishing a magazine is a lot of time and hard work. How is the magazine financially sustained?

Our main interest with this magazine is the one that has always guided us: to spread Light Painting as a form of artistic expression and to be a showcase for light painters around the world to exhibit their work. Light Painting is our passion and we make this magazine as a hobby in which we want to have fun.

We hold the magazine financially, we have made some incursions in advertising and we have put an official shirt on sale, but what we have obtained for it is minimal compared to the expenses we have, there are many, but they are something.

Who is choosing the material? Can people suggest some topics or works?

I (Sasa) is in charge of the content definition of the magazine and the relationship with the artists. Ramses is responsible for the layout of the magazine and the banners. What we have done so far is that I think of the contents, the themes, the artists that will participate and I commend them with Ramses. Sometimes it is necessary to change something, but most of the time we keep the original proposal.

People can contact us through our emails or our Facebook page to propose topics or photographs that they want us to publish, in fact, some of the articles and photos that we published have appeared after the authors put themselves Contact us and we have agreed to publish them.

What are your plans for the future with it?

The first thing we want is to consolidate what we have, manage all the requests we have and achieve a stable workflow, with rhythm and without delays in the publication dates. Sometimes work and family commitments prevent us from dedicating all the time desirable to the magazine and it takes us a while to respond.

Once we achieve this, we can think of the next step that is to achieve economic self-sufficiency of the magazine and be able to pay the artists who publish in it. 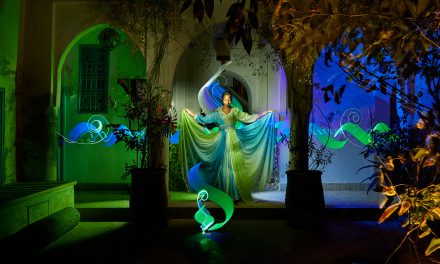 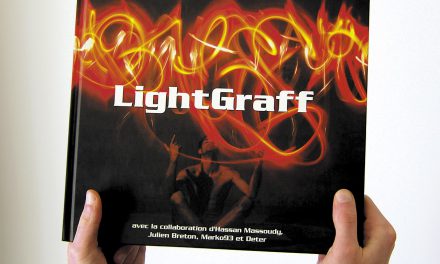 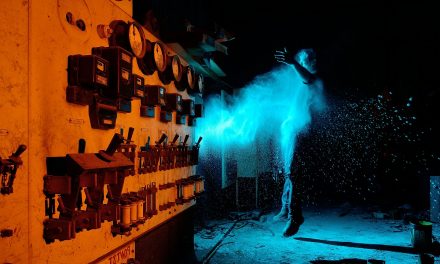 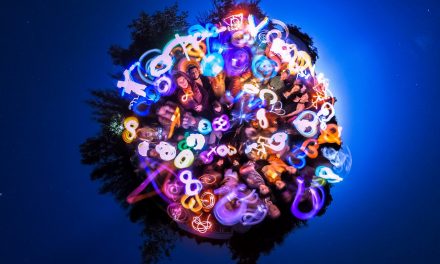