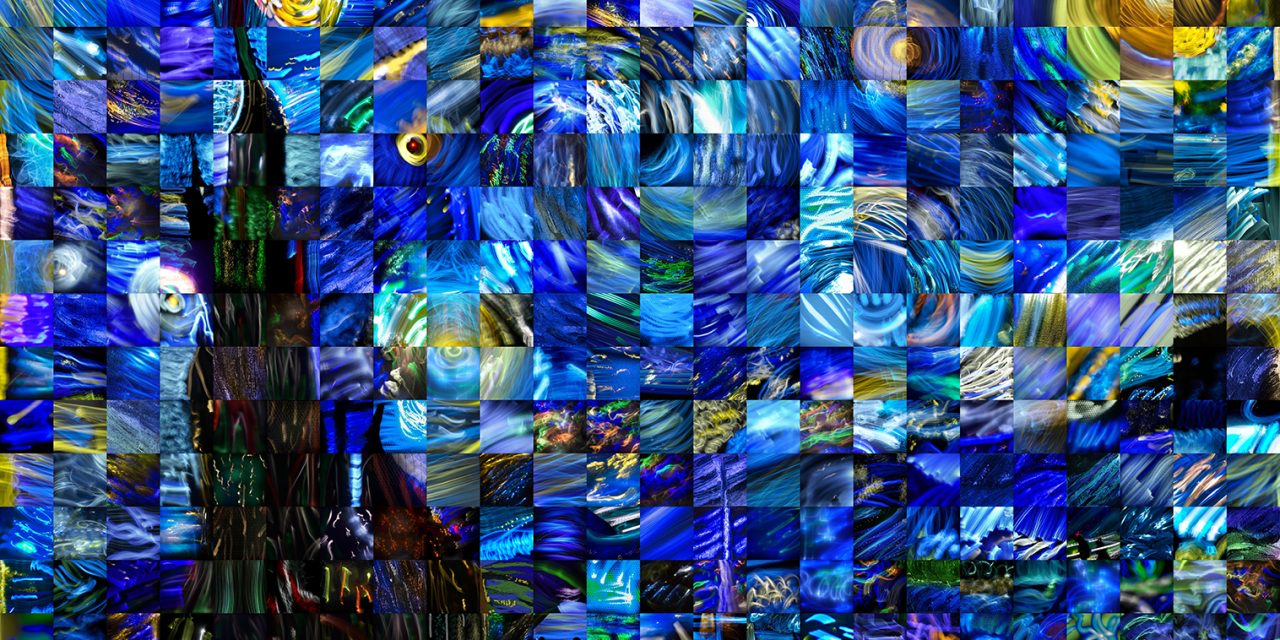 When the project started I wondered if this mosaic was too ambitious.

[For anyone not familiar with light painting, it’s the art of creating long exposure photographs while intentionally moving lights while the shutter is open.  For those of us who are serious about the craft, we create the entire light painting photograph entirely in a single shot, and not in Photoshop. More on that here]

I had made a few tiled light painting mosaics and I was recently inspired by the work of Chris Bauer.  I also hadn’t been feeling like actually shooting any new pictures but I wanted to stay connect to my light painting friends so I created PieceOut.com.  This is a site that helps coordinate the creation of photo mosaics for groups of people around the world.  After I invited a few people to add tiles to a test shot (we did about a third of the Wolverine piece) I decided the site was good enough to use.

Sergey Churkin, founder of LPWA, was putting out feelers to see who might be interested in organizing a project for International Day of Light.  There was a meetup in Paris and another on the east coast of the USA.  I wasn’t sure I was going to be in a position to make either one of those, and there isn’t a big enough light painting scene in Colorado to do an event that was any different from our monthly meetups, so doing a group mosaic project with Piece Out sprung to mind.  I’m also organizing the Southwest Meteor Jam in August with Gunnar Heilmann a couple months after, and didn’t need another event to coordinate.  I pitched my idea to Sergey and he loved it.  Piece Out and LPWA were going to make this happen.

The next challenge was to determine which image we were going to recreate.  We wanted to engage the light painting community so the first few weeks involved putting out feelers.  We found out that enough people wanted to be involved that this would be worth doing, but nobody had specific ideas for what the image should be.  I was leaning towards recreating an image of Pablo Picasso light painting with a sparkler, Sergey liked the idea of recreating one of his pieces, specifically Weeping Woman. 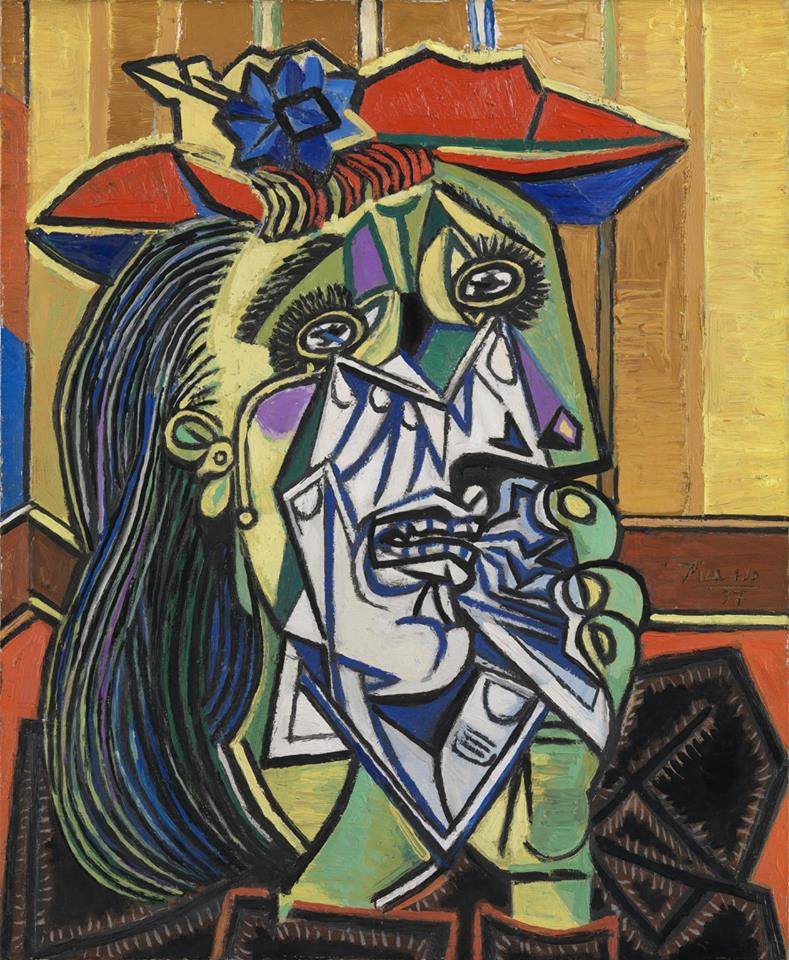 A couple of days before we had to decide we got the suggestion of The Starry Night from Manuel Koestler.  I knew immediately we had a winner but we had already agreed that there would be a vote.  With The Starry Night representing stars (light) and night (the time we all light paint), and with it being a popular global piece of art it had the most appeal and beat out the Picasso piece 37-4 in the vote. 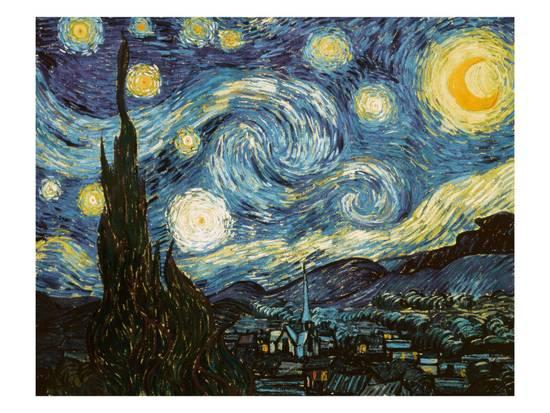 I got the image loaded into Piece Out and on Jan 20, 2018 the doors opened for people to participate.  Sergey created the following informational graphic and we encouraged people to “Add Your Piece of Light To the World”. 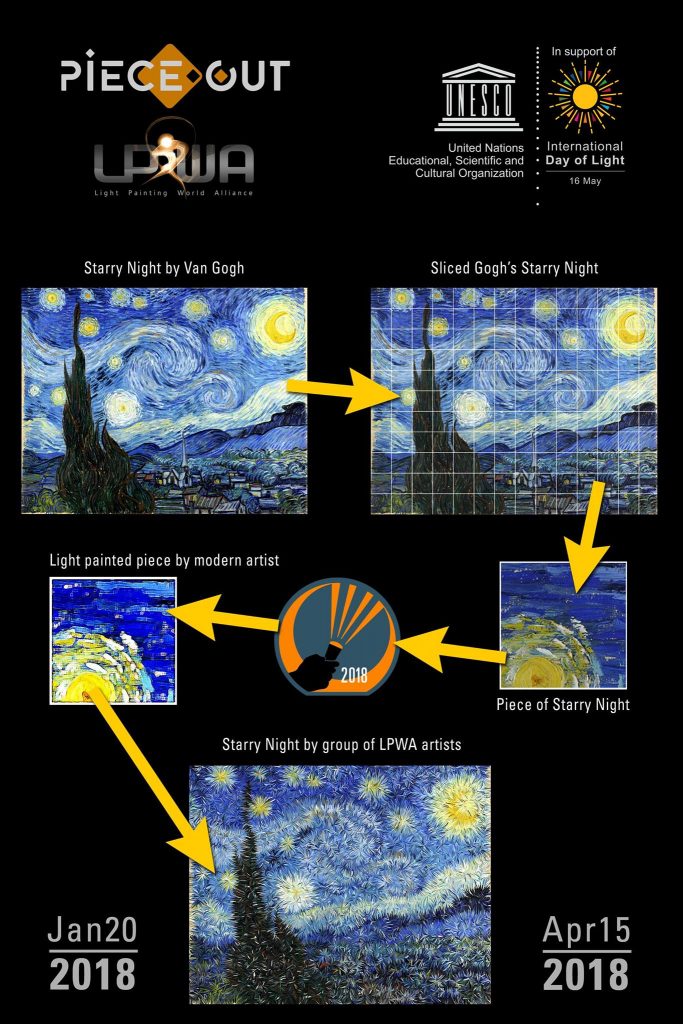 A Slow Start, but a Start Nonetheless

The image was chopped into 456 tiles.  Participants had to create a free account, then request however many tiles they wanted to create.  They would then light paint those tiles, make them 1000 pixels square, then upload them back into the site.   We had just over three months to complete this project.

The day the project was officially started we had 34 tiles claimed.  Nine days later, however, the first five tiles I submitted were the only ones submitted at all.  It doesn’t seem like a big deal but we had a long way to go.  I started to recruit a small team of people that I knew would be committed to helping me finish if we had to make a huge number of tiles in the final week.  On February 8th we only had 17 tiles added.  I was getting worried.

In mid-Februrary we started to get some momentum and I started posting progress shots like this with the tiles overlaid on the original image: 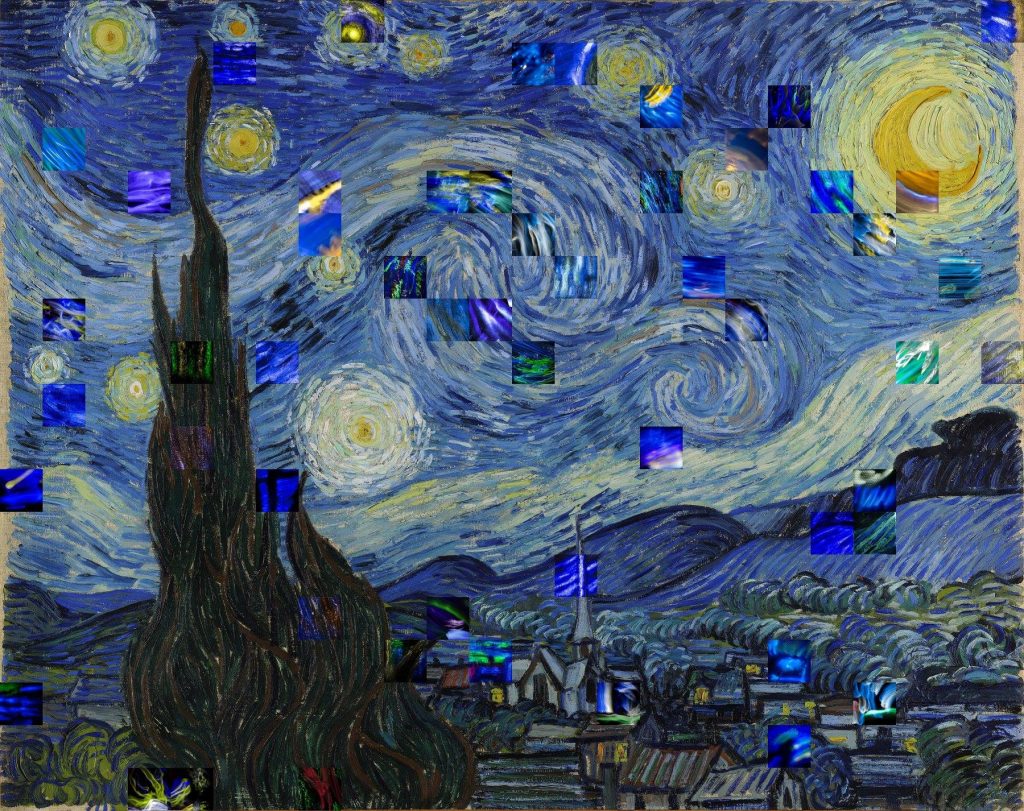 Showing Off the Work

Dennis Ryu Bar from Germany’s Lightpainting Helpdesk organized a couple of jams where people got together to make tiles.  He also arranged for the final piece to be printed on dibond and hung at a show at Castle Frankenstein on May 16th!

Sergey announced plans to spotlight this piece at the Paris exhibition.

All participants and their countries will be represented, but we were almost halfway into the time we had and we had a long long way to go.  After one month we had made 81 tiles.  We had two months left to make 375 more!

While this project was underway, Chris Bauer released his owl mosaic.  Along with releasing the piece itself (I was fortunate enough to be the one to buy it!) he released a video that showed all the steps he put into making it.  He showed how he illustrated the overall piece, how he chopped it into tiles, how he light painted the tiles, and how he printed and physically assembled the image when it was all done.

For our project, Piece Out was handling many of those steps but the video showed the tile-creation process.  It wasn’t as hard as people might have imagined and I’m certain that this inspired some people to give it a shot.  Here are some images that people sent over of their setups for making tiles: 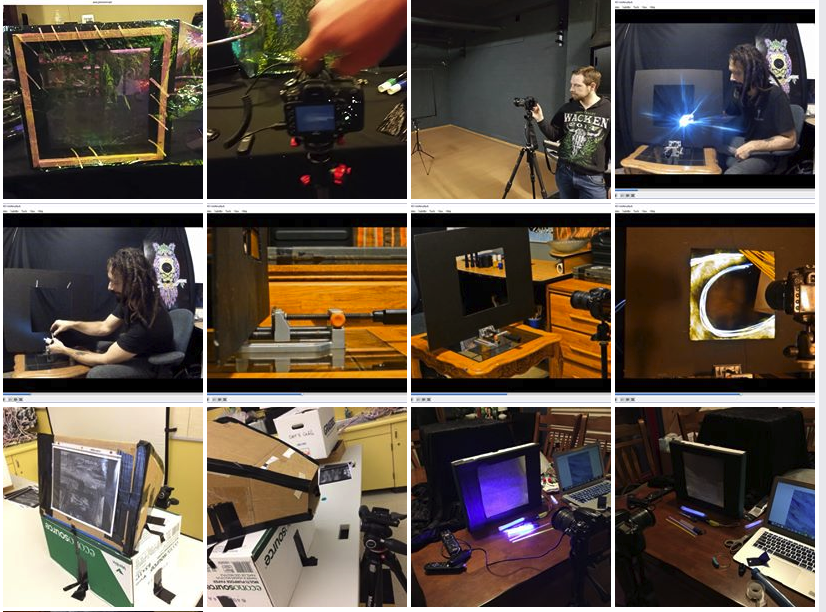 With one month to go we were still a long way from done.  We were 2/3 into our time with only 1/3 of the tiles done. 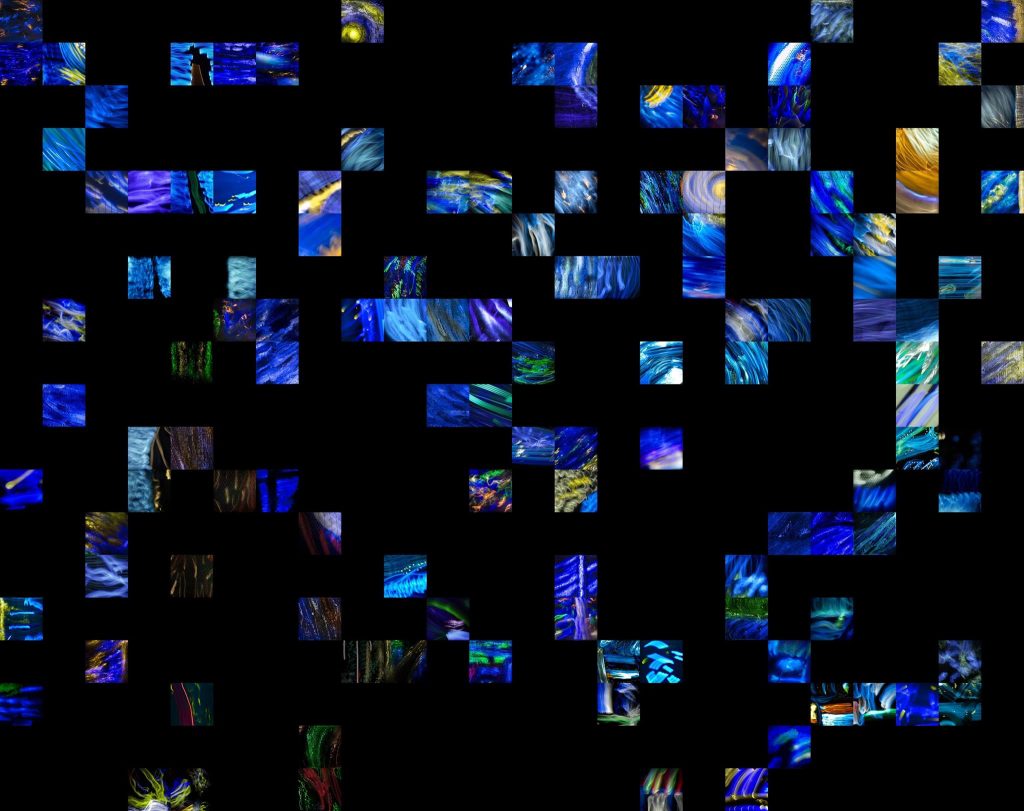 Something important was happening though, the image itself was taking shape.

I think that being able to see the vision starting to come together also motivated people.  We had a Facebook event page with regular updates, we were teaming up on this project from all over the world.  This was something that those participating wanted to see get done.  Some days nothing got done.  Other days 25-30 tiles would get added.

Once we got down towards the end I had to start regularly pulling incomplete tiles back into the system so that other people could claim them and do them. We also had a small number of tiles that needed to be redone but in all of those cases the original artist made their own modifications and replaced their tile.

We had our share of people stepping up and a few unique moments too.  Fran Lojo carried the team with 63 tiles created.  We had 8 people who created over 20 tiles.  As of April 12 we had 40 people who had contributed to the project.  We even had people making tiles during a tornado. 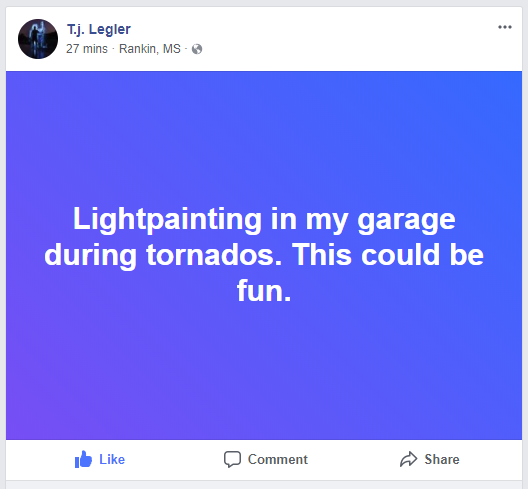 The print job for Castle Frankenstein had to be submitted by April 30th and we entered the home stretch with a sense of urgency.  Over the last couple weeks we added 10 more artists to the project and a lot of the earlier artists added more tiles.  On April 28th, 2018 I uploaded the final piece to the system.  The project was complete.

We could have waited until International Day of Light to reveal the final image but with all of the updates throughout the process that didn’t seem right.  Later that day, on April 28th, I shared the final image for the project.

I’m so proud of the team that helped to create this piece and I want to give them all credit.  Presenting the contributors to this project in alphabetical order by country, then by last name. 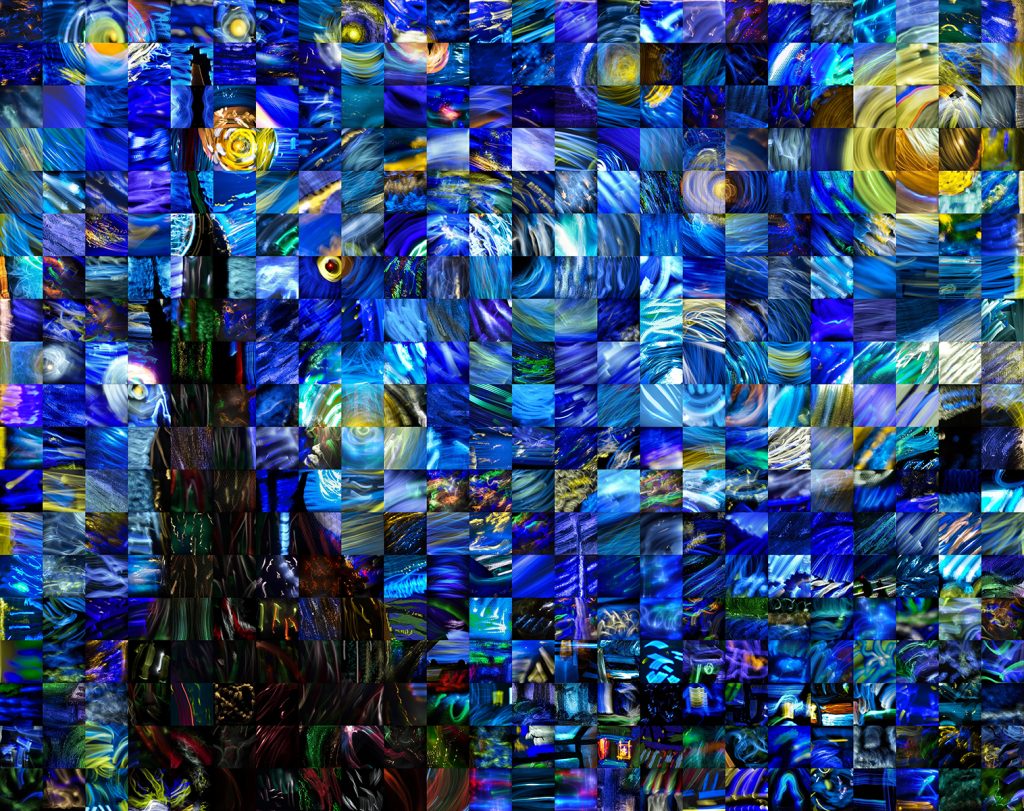 Friends, please enjoy “Stars of Night”, created by a global team of light painters led by Dan Chick/Piece Out and LPWA, for UNESCO’s International Day of Light, based on “The Starry Night” by Vincent Van Gogh.  Thanks to all of you.  Available in 8×10 and 16×20 inches.  Click here to order.  Proceeds will pay for server costs and anything extra will be split with LPWA and/or result in print giveaways for those who helped created this.  Piece Out’s part will be applied to future server costs or some other cost furthering light painting.

There is a still a mosaic in progress if you’d like to be part of one.  It’s a portrait of Wolverine that’s being done using only white light.

After International Day of Light is over we will be launching some new mosaic projects courtesy of Light Painting Blog.  Stay tuned for more! 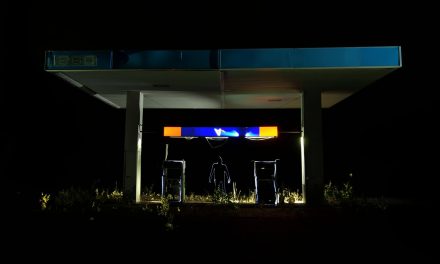 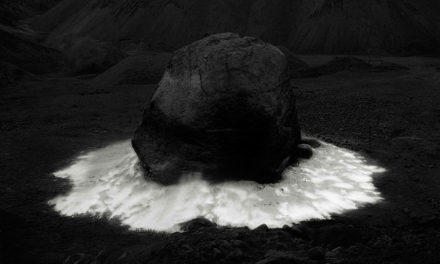 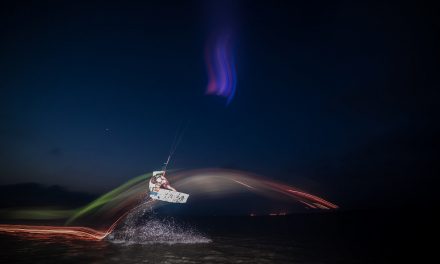 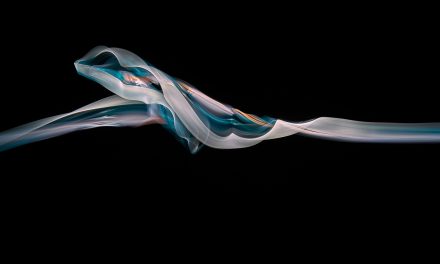 Intro to The Art of Light Painting – TAO LP 0