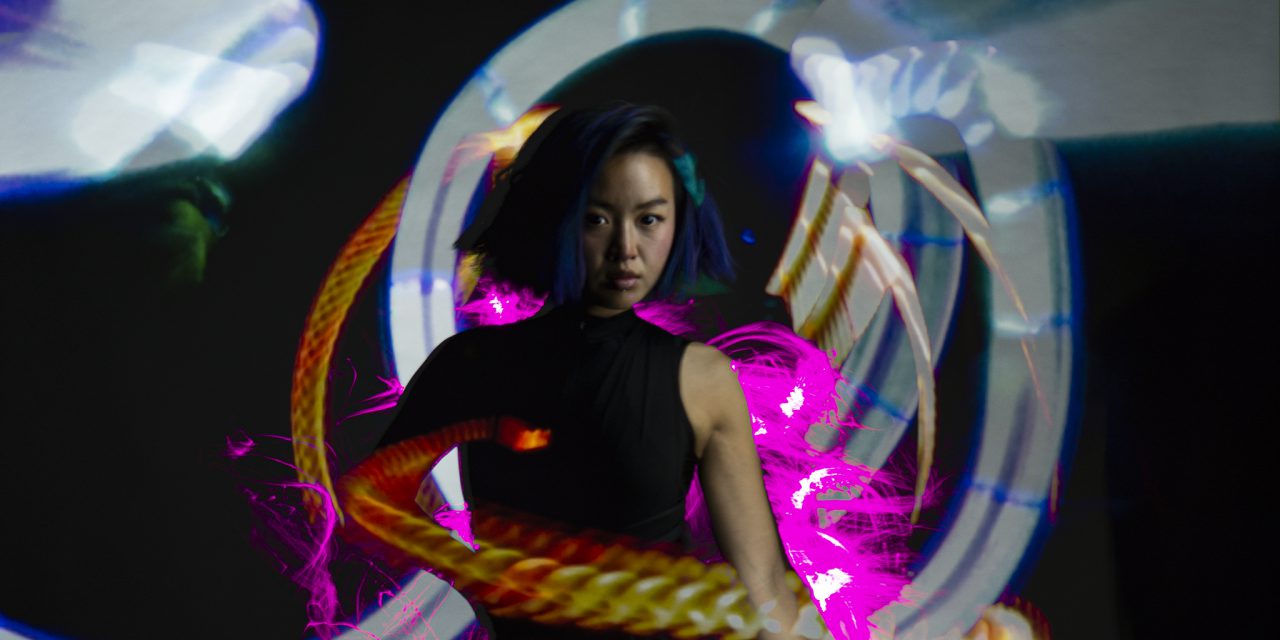 Some Thoughts, Over Time

RECENTLY: I’m in the United States, and we’re not allowed to enter most other countries because we did a horrible job with a global virus.

TWO OR THREE YEARS AGO: “Hey Frodo, I think we should collaborate on a project where you’re in Spain and I’m in the USA and we make an art piece together”

TONIGHT: Hmmmm, I can do the thing with Frodo and I’ll be able to team up with a light painter from another country.  Let’s finally do it!!

In most light painting photographs the people adding light to the scene are, well, at the same location the camera is, or at least nearby.  If you’re waving lights for a camera, that kind of makes sense.  The problem with light painters is that we’re often so far away that it’s hard to get together.  Even here in Colorado we’re an hour or two apart and don’t meet up as often as we should.

One way to get around this seemed pretty straightforward… connect with a remote friend using video conferencing software, use a projector, try to team up on a light painting.  Tonight that happened, and I’m going to tell you how to do it.

In order to create a picture the way we did tonight you’ll need the following:

Your friend is going to need:

The light painter with the projector and the camera will set up the scene.

It’s a good idea to have a short-throw projector, but most people don’t know what those are.  This type of projector has a different type of lens that allows a projector to be placed very close to a screen and it will project the image up at a very steep angle, allowing for a large picture to be displayed without having to have a projector quite far from the wall. Using a projector like this will allow us to but the entire projected image BEHIND the model, and no light from the projector will shine upon the model at all. 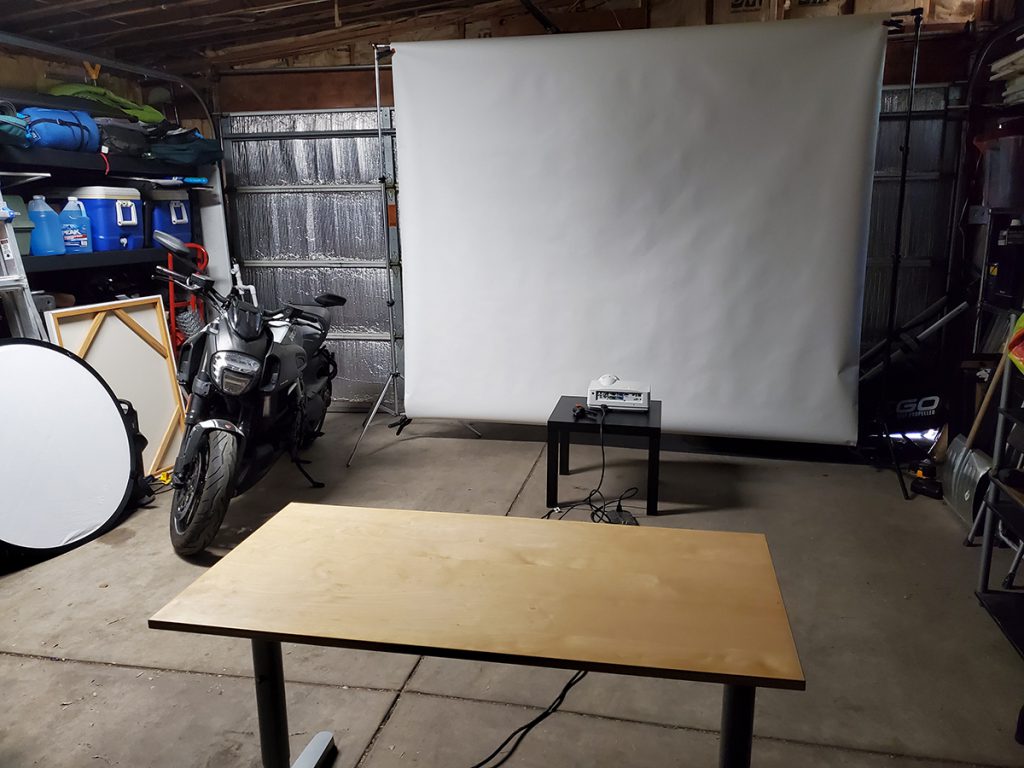 If you don’t have a short-throw projector, the next best thing might be a screen that you can project onto from behind.  Most people don’t have that either.   If you have a normal front projector you can use aspects of this approach, but you’ll likely have to deal with light projecting on your model.  If you have a large TV you can also try that out instead of using a projector, but the area you can work with will be much more limited.

Frodo Alvarez (Children of Darklight) set up his space in Madrid.  He would connect to us by Zoom video conference.  Next time I think we’ll use Skype, or another program that doesn’t display a username on the bottom corner of the screen.

I ran around a lot today, looking for gear I haven’t used since before the pandemic.  To be truthful, I haven’t used most of it since the PNW Meteor Jam right after our wedding; it’s been a busy year.  As I was shooting in the middle of the day I used Live Composite on my Olympus.  We were in my garage and it was mostly dark, but for a first go this was also a way to ensure that the ambient light from the projector wouldn’t blow out the image.  Blacks are black, but projector blacks are usually a little lighter than what we’d like black to truly be.

I front-lit Reagan, and used some black fiber optic to do her contour.   Frodo had Wendy (his mannequin) in Madrid, and we lined Wendy’s projector position up with Reagan. 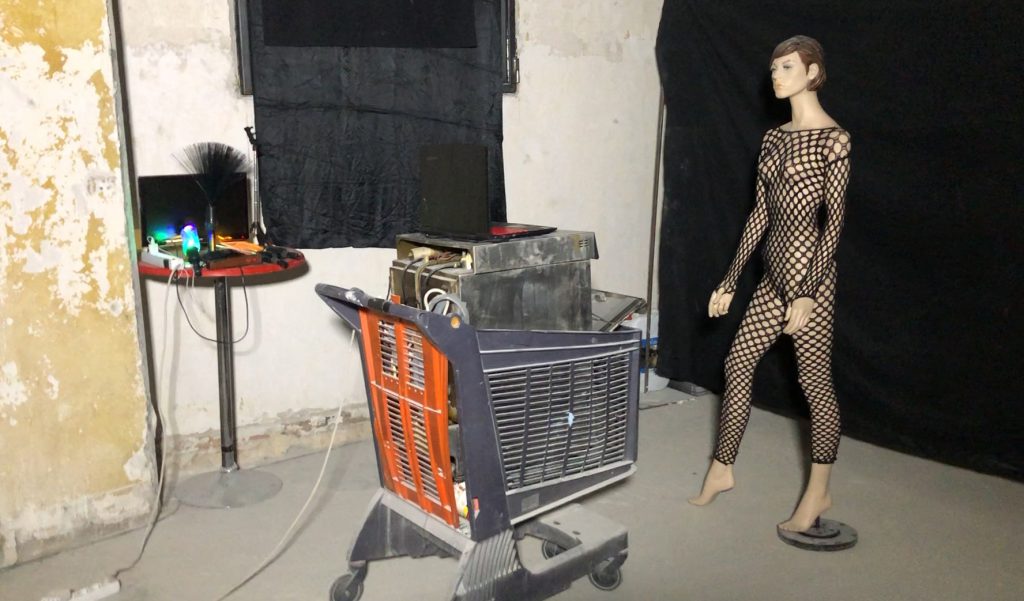 This gave Frodo a human shape to work with that more or less aligned with Reagan, across the world.  He went to town with his lights, filling in the background and sides, waving lights in Spain and having them appear for my camera in Denver.  At one point we wanted his light to swoop around Reagan, so at the end of the shot we had her step out and he swooped around Wendy, and the light layered nicely into our picture! 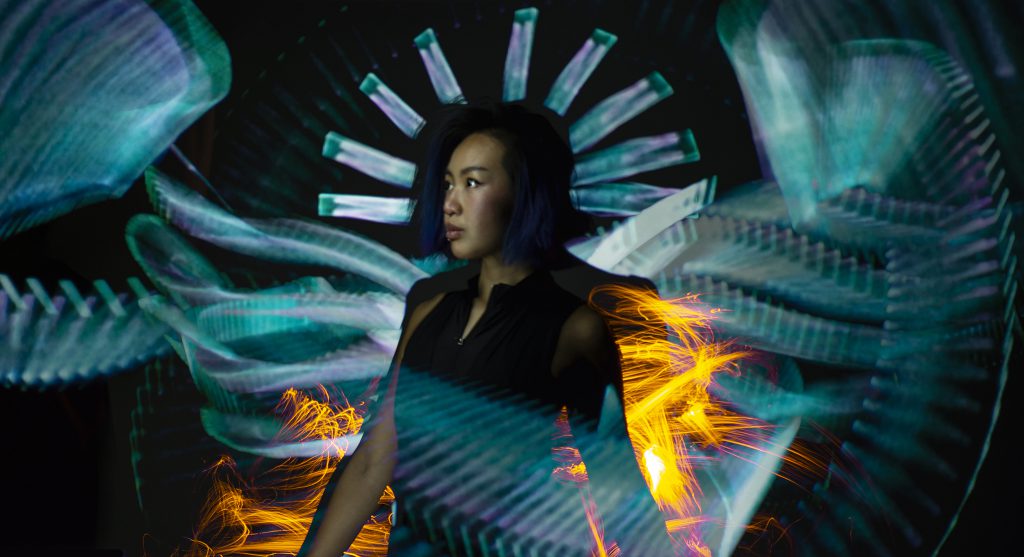 BLUE LIGHT BY FRODO IN MADRID, ORANGE LIGHT BY DAN IN THE USA, REAGAN IS OUR MODEL

Here’s a video of the process.  It’s almost two minutes, there’s a lot of darkness, but it’s actually pretty easy to watch.

A New Way to Collaborate

I can’t believe that multiple years have passed since I first wanted to do this, and with Frodo nonetheless.  With all the theory and experience I’ve gained over time, I was sure this would work, but yet it remained unexplored.

Tonight’s experiment can absolutely be improved upon.  Among other things things I’d like better camera focus (using an unfamiliar camera, but no excuse for this!).  Some of the lighting techniques can also be refined; this includes possible ditching the mannequin to allow the model to have more variety in poses and shape.  That said, tonight DID show that with a little bit of equipment we can team up with our friends even when we can’t be in the same room together. 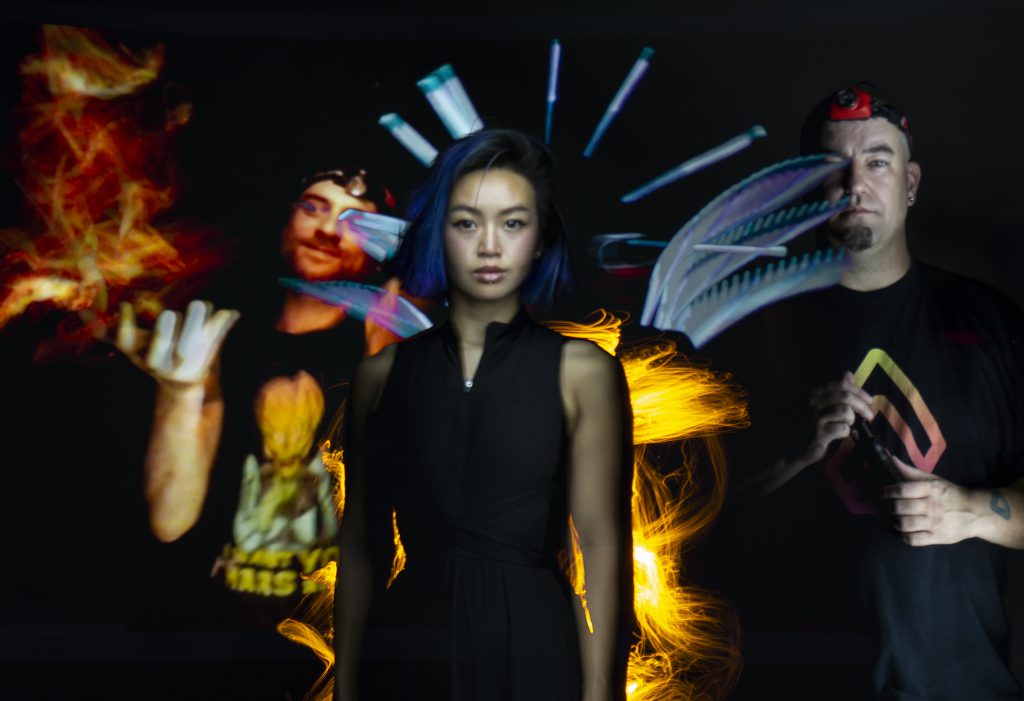 THE TEAM, ACROSS THE WORLD

None of us involved tonight know of anything like this having been done before in the light painting community, but if you know of someone who has already done this please let us know and we’ll update this article to give them a respectful shoutout!

Finally, check out Frodo’s video that talks about his experience. It’s a combination of English and Spanish, and gives some more insight into his side of this collaboration! 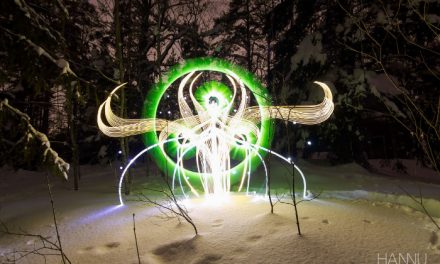 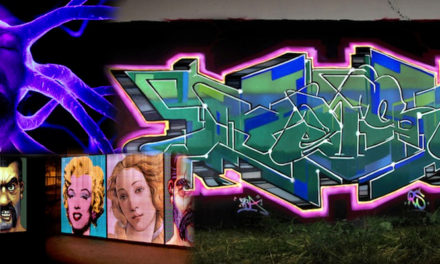 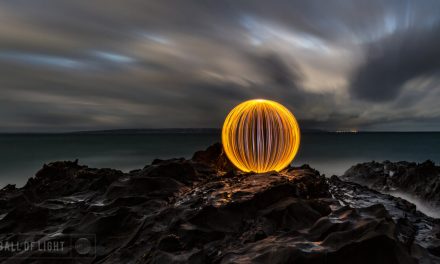 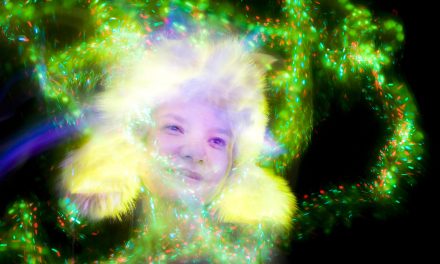